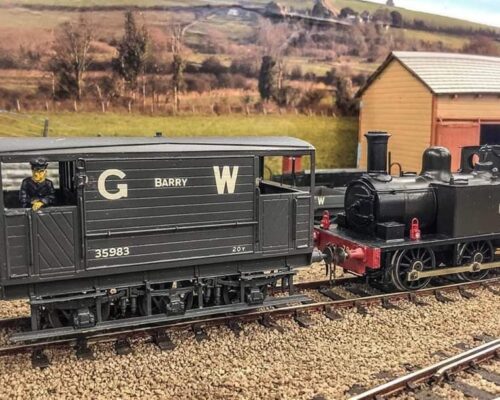 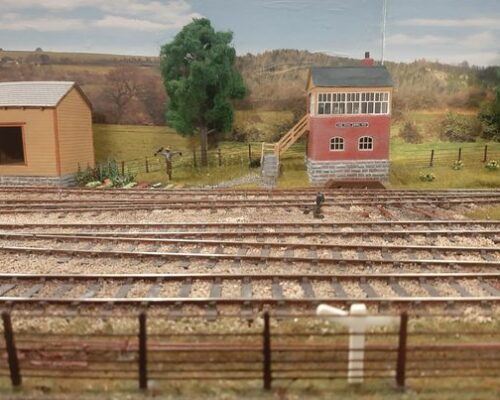 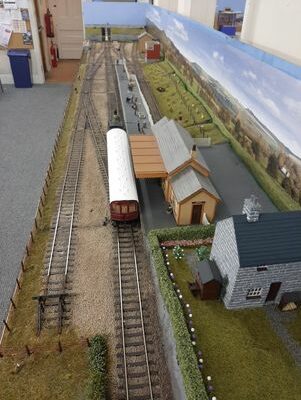 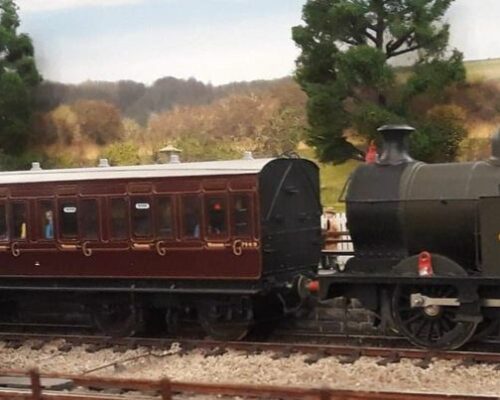 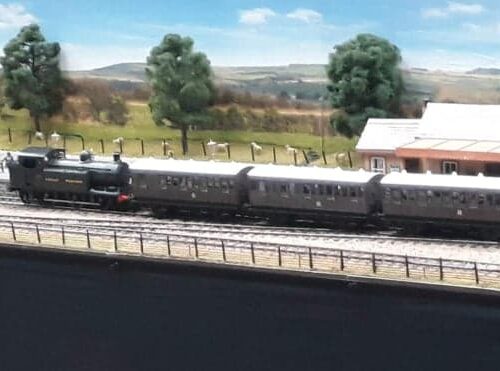 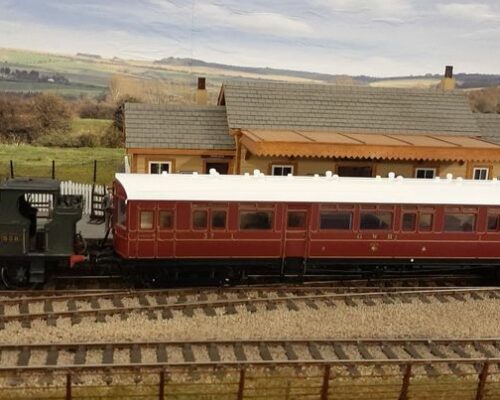 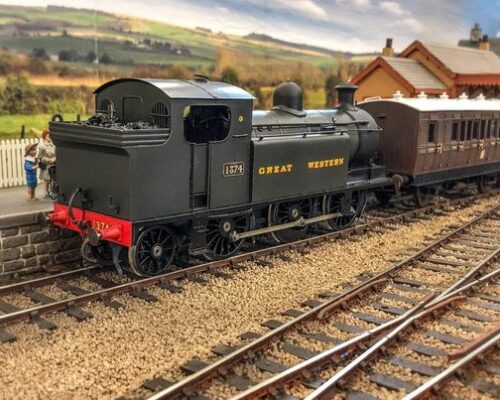 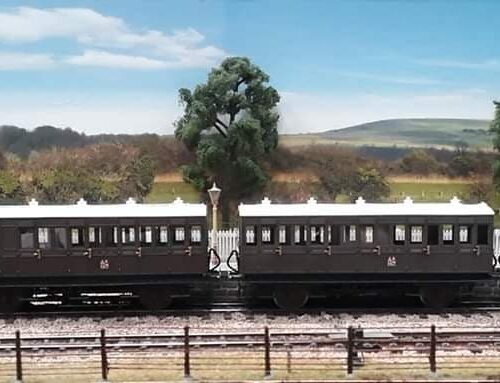 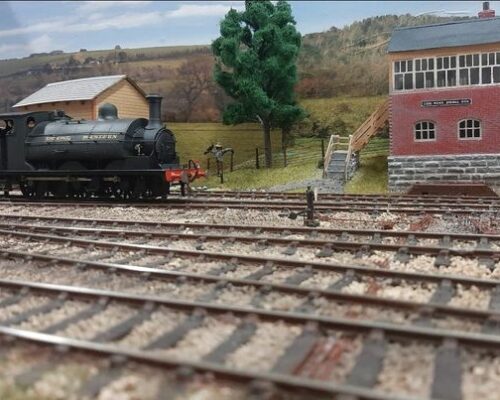 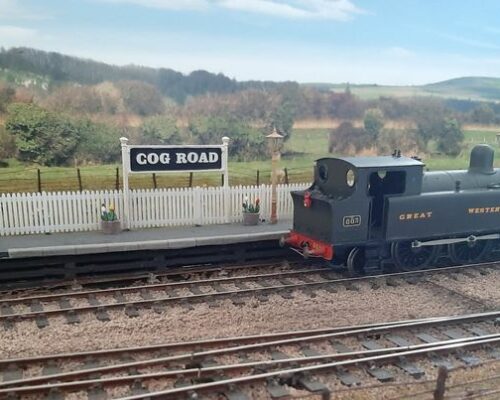 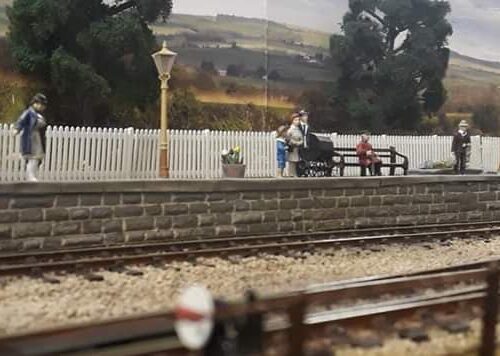 Cog Road is an imaginary branch of the Barry Railway dating from the late 1890s, that ran between Dinas Powys and Penarth, cutting across the moors via Cog Road and Swanbridge.

Set in the mid 1920s, the layout depicts the terminus station as it became, along with goods yard and cattle dock, which kept the line alive. Many former Barry, Taff Vale, Rhymney, Cardiff, Brecon & Merthyr, Neath and Brecon Railways locos and rolling stock absorbed into the Great Western Railway can be seen, along with newer GWR stock and Cambrian interlopers.

Layout operation is based on an imaginary week at Walker’s Ridge. In keeping with its supposed remote location, passenger services are handled by a single RDC (Rail Diesel Car) or a Gas-Electric rail car. Occasional freight trains bring in coal, fuel and other supplies for the community. The layout is a ‘shunting puzzle, and full use has to be made of the wye tracks to place the freight cars in the correct location for loading or unloading. On Sundays, tourist trains may visit Walker’s ridge, and these often have an open car or similar which needs turning on the wye before returning.  Train operation is by DCC control, and points are solenoid operated via a CDU.

The saw mill was built by Bill as a small diorama, and later given to Brian who, in 2002/3, incorporated it into a small railroad setting on a single baseboard, and named it ‘Walker’s Ridge’. It was exhibited in this form for a few years.

Brian donated the layout to BPMRC shortly before he succumbed to Motor Neurone Disease in November 2007. Club members have since added the wye board to create a ‘shunting puzzle’ layout.  The backscenes were painted by Club member David Woolnough.